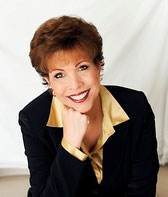 Author of five books, including the best-selling Believe It! Become It! How to Hurdle Barriers and Excel Like Never Before.

Honored as Washington State Young Mother of the Year and State Woman of the Year.

Currently, Paula Fellingham is the Founder/CEO of The Women’s Information Network (The WIN) an online educational and social network for women and an on land global community of women in many countries. Seewww.theWINonline.com. The WIN hosted the largest gathering of women in the history of the world on March 8, 2011: 377 live events in 152 countries. The WIN is now presenting 1,000 Global Women’s Summits worldwide. The WIN Motto: “We Are Women Helping Women Live Our Best Lives.”

In 2007, Paula’s company “Ignite Your Life Seminars” presented events in 32 cities across America.

Founder of the non-profit organization Solutions For Families, Inc.  Founder of Women Celebrating Life, Inc., Families Now, Inc. and Unlimited Living International, Inc.  Former member: National Board of Directors Worldwide Organization for Women; State Board of American Mothers, Inc. Paula chaired the Committee for the “Call From The Families Of The World” in conjunction with the World Congress on Families Conference, Switzerland.

Paula received her B.A. in 1971 and her Doctorate in 2004. Dr. Gilbert Fellingham (University Professor of Statistics) and Paula are the parents of eight children, and the grandparents of twenty-three grandchildren.

DISCLAIMER: We provide real estate education and training. We do not sell a business opportunity. We make no earnings or return on investment claims. Additionally, we do not offer any tax, accounting, financial, or legal advice. Marketing services for Property Education, LLC, provided by EvTech Media. Education support and fulfillment services provided by Real Estate Education Group. Prior to undertaking any real estate transaction, you should consult your own accounting, legal and tax advisors evaluate the risks consequences and suitability of that transaction.